Although they could have timed the trips better to coincide with swell forecasts (especially to Providencia Island, which mostly gets pumping surf in the northern hemisphere winter months), nevertheless, the very well produced 5 chapters embedded below show the beauty and diversity of Colombia.


Chapter 2 - Ladrilleros (near Buenaventura on the Pacific Coast of Colombia)


Posted by WINDSURF Colombia at 4:36 PM 3 comments: Links to this post 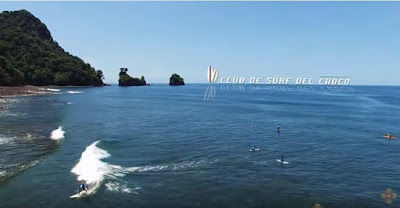 The beautiful whales that visit the Colombian Pacific coast seasonally, as well as the local surfers from the Club de Surf del Choco, make a cameo.

There is a very good shot of the Pico de Loro rock outcrops from the south side, as pictured below, which usually have only been pictured from the north side where the wave breaks.

Posted by WINDSURF Colombia at 3:37 PM 8 comments: Links to this post 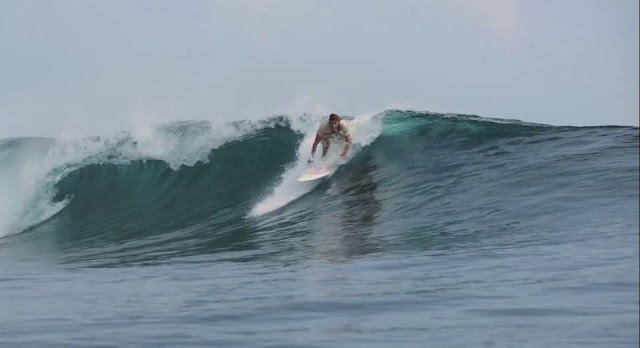 Isla Fuerte is a small island located in the Cordoba department on the Caribbean coast of Colombia.
It is located about 11km from land, and is part of the chain of islands comprised of Islas del Rosario and the archipelagos of San Bernardo and Tortuguilla.
The fastest way to the island is to drive or fly to Monteria, and from there to the port of Paso Nuevo where one can take a boat ride (approximately 30 minutes) to the island.
The island is perfectly positioned to receive NW swell.
The best wave on the island, and arguably the best on the Caribbean coast of Colombia is the aptly named ColPipe.

Back in 2009, the wave was not surfed much or at least it had not been documented, but now view this video produced by ZOME films of a recent surf trip in 2015 to Isla Fuerte, with Barranquilla body boarders Stephen Meyer, Ruben Villegas and surfer Roberto Marulanda. 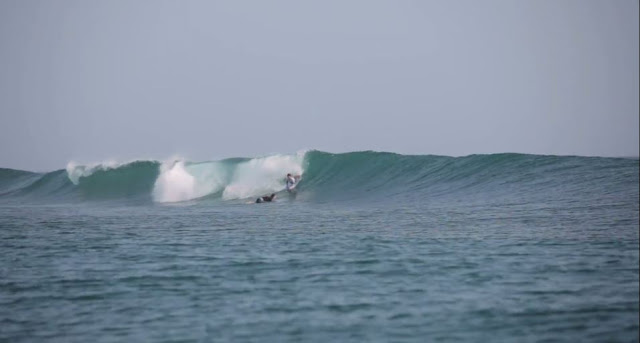 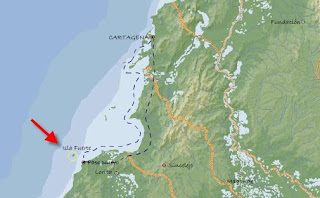 Posted by WINDSURF Colombia at 3:07 PM 2 comments: Links to this post

Watch them ripping up Parque de las Luces, as well as other spots around Medellin:


Posted by WINDSURF Colombia at 3:38 PM 2 comments: Links to this post

WINDSURF Colombia
I like promoting windsurfing, stand-up paddle surfing, surfing, kitesurfing, skateboarding in Colombia as well as all the other cool things that are happening there. Send me your comments at windsurfcolombia at gmail.com